When ARIN announced that IPv4 space had run out in September 2015, the president of ARIN John Curran, stated that IPv4 was not depleted entirely. He explained that many addresses were set aside for exchange site connections to service provider networks. The only way to acquire IPv4 addresses was if an old IPv4 address was not utilized and were returned. Since many large corporations had an abundance of addresses that were not used, it caused a waiting list for companies still looking for IPv4.

Because there is no way to tell exactly how many IPv4 addresses are out there that could be returned, the official date on which IPv4 will be depleted is not known and is causing unclear trends and forecasts to not be as cut and dried as it seemed originally.

We can see by the chart below; chart; 2017 transfers are significantly higher than in 2015.

While the number of IPv4 address transactions took a slight fall in the ARIN, the amount is still higher than 2016 of 3.5 million numbers transferred. The general uphill climb seems to reflect that there continues to be a steady level of activity.

The following charts show how the IPv4 8.3 transfer requests continually increase over the last three years, while ARIN only completed 80% of the transfers.

In 2015, the requests for IPv4 8.3 transfers gradually increased over the year and spiked in the last couple months. However, only 60% of the transfers were actually completed. 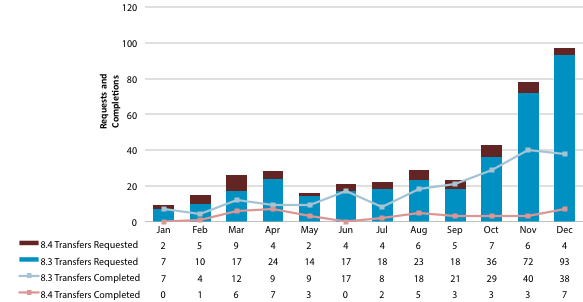 In 2016, as the chart below shows, requests increased phenomenally. Again, only 51% of those transfers were completed. 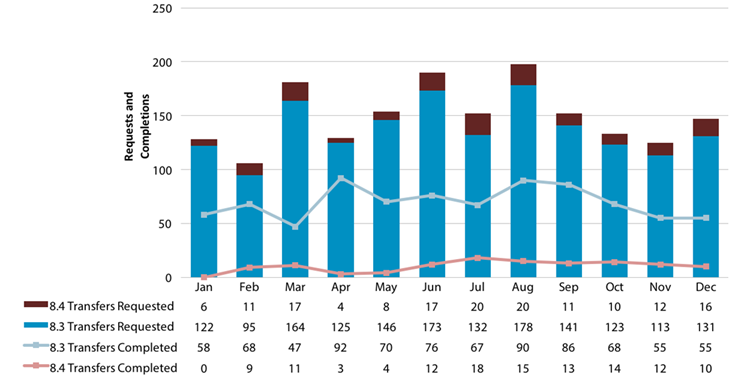 In 2017, even though the requests increased by 400, the ARIN was able to complete 107% of the transfers. The increase in completed transfers was largely in part to companies releasing their unused IPv4 space. While these numbers are impressive, a large number of these requests were made by some of the largest internet and hosting companies to prepare themselves for the impending shortage the ARIN warns of. 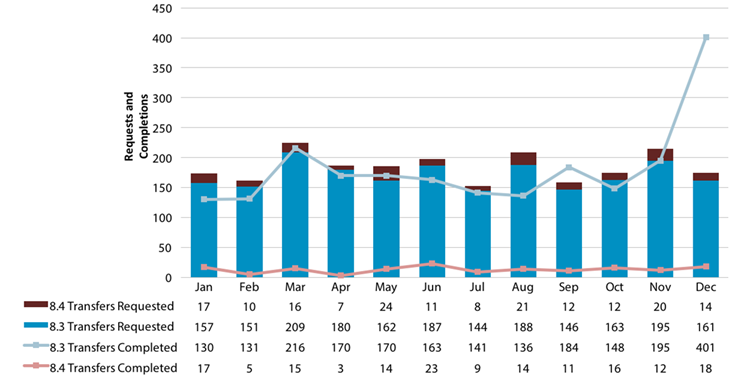 Is the IPv4 market really declining?

With the introduction of IPv6, all companies alike have started migrating to the newer IPv6 protocol.

Many of the IPv4 addresses that are transferred legacy address space sold by corporations and organizations. As most think that space is declining, it is the exact opposite as this is actually helping to redistribute IPv4 block allocations.

However, transferred legacy addresses represent only a small percentage of the total existing legacy address space. With no central marketplace to connect people looking to buy IPv4 and sellers and no governance on the process, businesses with available space continue to sit on their available space. Brokers and lawyers have opened up those communication channels making it easier for buyers and sellers to facilitate sales.

Most likely, in the future, we will see more legacy address holders selling IPv4 addresses on the market.

Ripe estimated that 16 of the largest transfers were between related business units in 2017. This is a decrease from previous years that amounts to about 78% transferred between LIRs in the RIPE NCC service region. 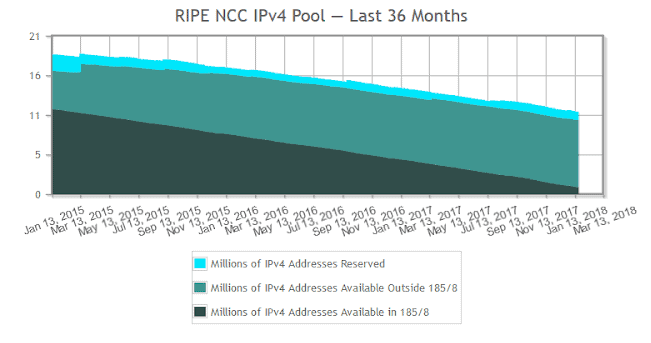 However, 2017 showed a sharp uphill climb compared to 2015 and 2016 for transfers within the RIPE NCC Service region. As seen below, 21 million addressed transferred or moved from one LIR to another. This doubled that of transfers in 2014. RIPE states that the majority of those transfers were not actual sales or purchases but were transferred from within the same organization. 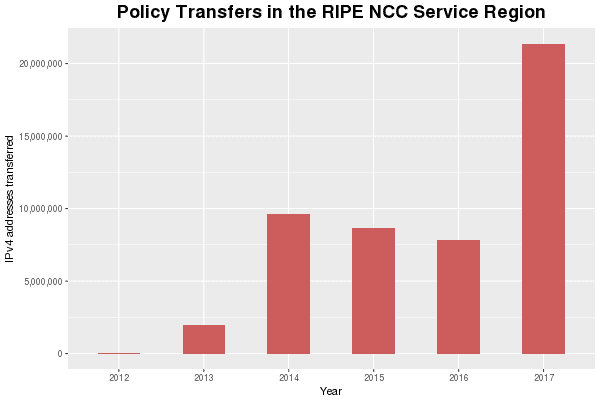 According to RIPE over the past twelve weeks, the availability has dropped slightly. At the end of Oct 2017, there were 11.75 million available IPv4 addresses with close to 1.2 million reserved. In December 2017, the number of available IPv4 address blocks dropped to 11.13 million available with 1.11 million reserved. These statistics are updated weekly and are adjusted per the flux of distribution and returned addresses.

According to APNIC the breakdown of allocated number pool is managed by the Regional Internet Registries, (RIRs) and the breakdown of IANA allocated address blocks to each of the RIRs. There are five categories that IPv4 addresses are categorized in: 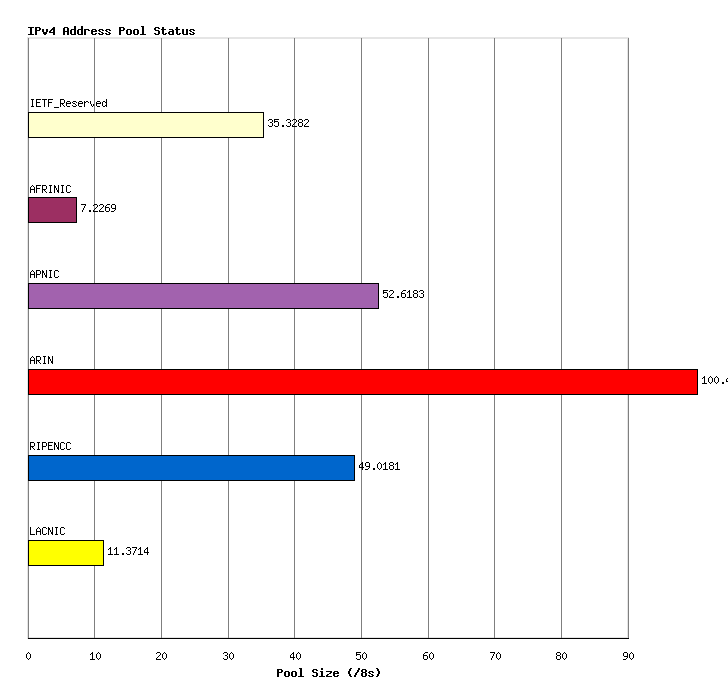 So why not liquidate IPv4 space and move to IPv6?

Every IPv6 transfer will more than likely open up more IPv4 space, but it will take time. Moreover, it will take money. In some situations, lots of money. More and more devices are accessing the internet, and there are still many devices out there that are not up to date that still require IPv4 to function. This makes moving to IPv6 incompatible and the internet inaccessible.

There are costs associated with migrating all networked components and devices to IPv6. From network printers to routers, migrating every device that accesses the internet from IPv4 to IPv6 is an expensive endeavor.

With the continued demand for IPv4 addresses and the slow forward migration to IPv6, IPv4 transfer markets have become more popular than ever. Transfer markets facilitate the sale and transfer of IPv4 addresses between buyers and sellers. Eventually, most organizations will migrate making even more IPv4 space available.

How to Find Unused IPv4 Addresses
Scroll to top